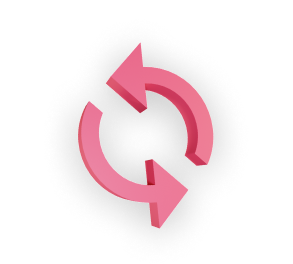 INDEX FUTURES is an investment alternative in stock trading that is able to minimize the risk of adverse price fluctuations. A futures contract is an obligation to accept or submit a financial instrument or contract in the future using the current agreed price.

The major stock indexes in the world are investment instruments that have the best performance, even almost 97% exceeding the investment performance of all active mutual funds for almost more than 40 years.

The stock index movement represents the stocks that are in it as a whole, so that the Futures Index Futures Contract is an ideal instrument to diversify the portfolio.

Short Selling in Futures Index Futures trading provides an opportunity for investors to seize opportunities when prices are sharply corrected or bearish market. In other words, we can sell at any time without having to buy first.

Futures Index Futures are usually traded using a leverage of around 3-10% of the contract value. The use of leverage allows investors to increase their profit ratios so that the resulting ROI (Return of Investment) is abundant. On the other hand, it may increase the risk ratio that might occur. 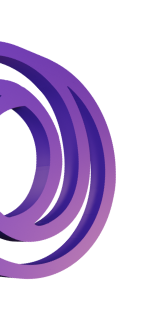 The Hang Seng Index(HSI) is a stock index on the Hong kong stock exchange. It is calculated using the freefloat-adjusted market capitalization-weighted method. This index is used to record and monitor the daily changes of the largest companies in the Hong Kong stock market, and it is a key indicator of the overall market performance in the area. The 45 companies on the Hang Seng index represent around 60% of the capitalization of the Hong Kong Stock Exchange. Since March 7,2011, HKEx has extended its trading hours to 09.30-12.00 and 13.30-16.00. Furthermore, since March 5, 2012, its trading hours have been changed to 09.15-12.00 and 13.00-16.15, adjusted to mainland China's trading time. The Hang Seng Index first began trading on November 24, 1969. Currently, the preparation and management are carried out by Hang Seng Index Limited which is a subsidiary of one of Hong Kong's largest banks in market capitalization Hang Seng Bank

The Nikkei 225 index, which is often referred to as the Nikkei, Nikkei index, or Nikkei Stock Average, is a stock market index for the Tokyo Stock Exchange (TSE). Since 1950, Japanese newspaper Nihon Keizai Shimbun (Nikkei) has calculated the index daily using the method of calculating the weighted average price in yen, and it is also reviewed annually. As of right now, the Nikkei index is mostly used to describe the condition of Japanese stocks; similar to the Dow Jones Industrial Average, and it was even dubbed as "Nikkei Dow Jones Index" during the 1975-1985 era. Nikkei 225 Futures was introduced on the Singapore Exchange (SGX) in 1986, on the Osaka Securities Exchange (OSE) in 1988, and on the Chicago Mercantile Exchange (CME) in 1990. Today, the Nikkei index has become an internationally recognized futures index, and it has been updated every 15 seconds during the trading session since 2010.

The Korea Composite Stock Price Index or KOSPI is an index of all shares traded on the Stock Market Division, formerly known as the Korea Stock Exchange. KOSPI is a stock market index that represents South Korea, such as the Dow Jones Industrial Average or the S&P 500 in the US. KOSPI wwas introduced in 1983 with a base value of 100. In 2007, KOSPI's daily volume was hundreds of millions of shares, equivalent to trillions of won. The KOSPI 200 index consists of 200 large companies from the Stock Market Division. KOSPI 200 has a market value of more than 70% of KOSPI, and moves together with the KOSPI index. The KOSPI 200 index is deemed as important since it is also trades on the futures and options exchanges, and it is one of the most actively traded indicides in the world.